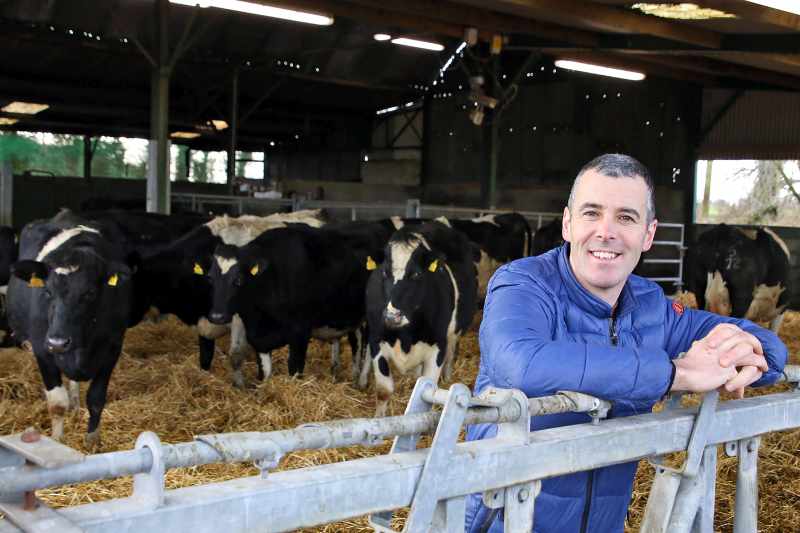 Based on the outskirts of Cashel, County Tipperary, Michael Ryan is a third-generation dairy farmer, following his father Maurice’s footsteps and grandfather before him into the profession. Michael has claimed the huge honour of being awarded Regional Grassland Farmer of the Year in 2018. His progressive and efficient attitude towards farming delivers great results on his 40 hectares of land. Michaels’s farm system is outstanding in terms of genetics and is one of the highest EBI herds in the country.

Planning -- A key factor to success

With scarce land available near him, Michael’s ability to expand the farm size is restricted. Instead, Michael concentrates his efforts on making a more efficient herd. The Tipperary native focuses on the herd, rather than individual cows. “We’re not looking for any superstars. We’re looking for a very even herd of cows and we don’t feed to yield. The cows are batch fed. Every cow gets treated the same.” Michael is well prepared and ensures he has a plan for the future, and this is a key factor in the farm’s success. His philosophy is to maintain a simple system on farm, maximising the resources that are available to him.

Michael’s father Maurice started Milk Recording 30 years ago and throughout this period the herds milk solids have rose significantly. Michael has noticed the most dramatic increase in Kg of milk solids in the past ten years, from a position of 500kgs in 2010 to what is today a highly impressive 600kgs of milk solids per cow. Michael’s objective for the coming years is to put his energy into milk solids. He believes that the breeding decisions he is making through Munster Bovine’s milk recording programme are what sets him apart from other farmers. Getting 3c more than the average farmer per litre of milk, Michael claims that other farmers should follow his example. He believes that farmers who aren’t availing of milk recording services are simply “potting in the dark.”

Beginning in the eighties, the family’s breeding programme like a lot of farmers at the time, was British Friesian Based. Strong, dual purpose cows were the norm. There was a rise in the herd’s milk production, and that’s how the farm progressed. Originally Michael followed the trends in breeding, but over time as his knowledge and interest in the practice grew, he placed more focus on the individual traits that he was searching for. Protein is his key focus. In addition, Michael has placed a huge importance on fertility and maintenance in recent years. Michael describes the perfect cow as follows “A cow that won’t melt after calving, she’s able to cope with a little bit of stress and she’ll get back and get going again relatively quickly”.

Michael also benefits from using a wide range of genomic bulls and through this is realising year on year improvements. “I have benefitted from this, and I’m doing it now for at least the last decade or more and I’m spreading the reliability across the herd. You have superstars, you have average GS bulls and then you’ll have one or two every year that just maybe mightn’t tick all the boxes, but they’ll do fine”. By using GS bulls Michael’s average is always increasing. He believes that the performance of the herd is constantly improving. Michael expects the average cow to do fourteen or fifteen hundred gallons of milk which is 7300 litres of milk every year. He focuses on producing more milk solids, not more gallons.

Michael has a clear heat detection plan. In the main herd, tail paint is used for the full season. Michael puts two vasectomised bulls with chin balls with the heifers for the first three weeks and after that they go back to the main herd. Michael places huge importance in the chin balls and believes that they are an excellent method of heat detection. Normal conception rates are approximately 61 – 62% with slight variations from year to year.

Michael has benefited financially from participation in the Munster Bovine Herd Health programme. “You’re keeping more cows in the system. There’s no doubt about it, when you see your annual milk recording report it’s the ones from the third lactation up, they’re making serious money relative to the first lactation.” Michael’s simple blueprint is the longer a cow stays in the herd the more money they are making. He claims that his older cows make more money and they’re giving him an extra 100 kilos of milk solids. “Sure, put a figure of 450 on it, it’s €450 euros more a cow they’re making for you. That’s a lot of money for the same animal getting the same amount of feed in the parlour, maybe eating slightly more grass but that’s not worth talking about.”

Key to the farm’s success is the milk recording and herd health programmes which Michael avails of. “In relation to the milk recording, look, it’s a cliché, but information is power.” Michael has put a huge effort into putting the right genetics in the herd. For SCC, he notices a correlation between a grandmother, a daughter and a granddaughter. If a cow has a bad cell count, her daughter most likely will too. He uses this process to breed his way out of the issue. He diligently looks at every cow and identifies any cow that’s after spiking over 200 and looks at where she was the time before. Michael goes down through the list and decides whether to California Milk Test individual cows to keep the cell count under control. “If your cell count is low it’s easy to manage it, but if it starts spiking it’s another story.” He aims to keep cell count levels around 100, and 120,000 in the mid-season making it much easier to manage. This year he plans to start his milk recording around St. Patrick’s Day.

The milk recording report both confirms and reinforces Michael’s breeding programme. It gives him confidence in the decisions he is making. With the Genomic Bulls he is spreading his risk by using a panel of bulls. “You can’t fall in love with any particular bull when It comes to genomics. There are a number of cows I’d breed to beef and I draw this information from milk recording in addition to herd health.

Michael conducts his milk recording through EDIY four times a year. He records both in the AM and PM. Michael says as a process, when the recording goes well it’s fine. Michael uses the coloured end of year reports with the traffic light system and finds this excellent. 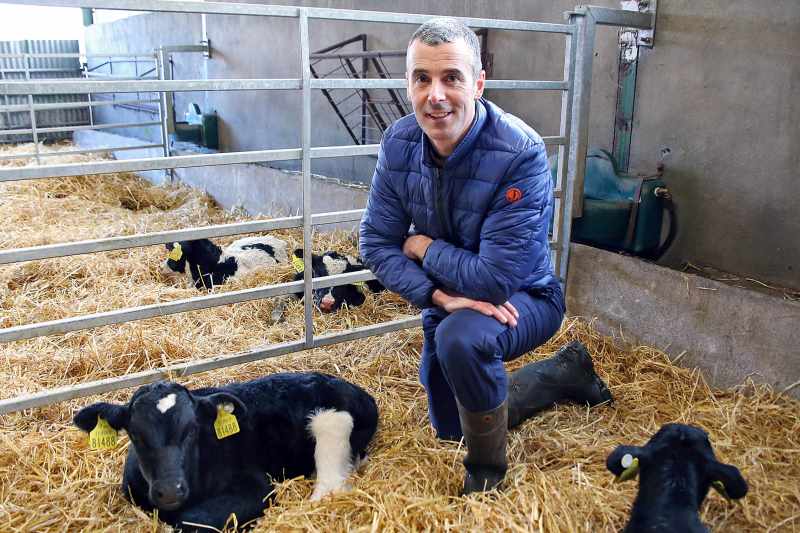 Selective Dry Cow Therapy (SDCT)
Michael has been using selective dry cow therapy (SDCT) on his farm for the past few years. This year he used SDCT on 30% of the herd. Some of the criteria which he uses to select suitable cows include an SCC under 80,000 and not having a history of clinical mastitis. He also utilises culture and sensitivity testing to select the appropriate tube for the remaining cows and to ensure that there is no Strep Agalactia in the herd. The new infection rate in his herd has fallen under 10% in the last number of years. Fundamental to this process is the use of his milk recording report to assist with his decision making.

Michael believes he couldn’t manage his herd without milk recording. It’s crucial to his system. “I couldn’t not milk record now because it reaffirms the decisions I’m making, it gives me more confidence in what I’m doing and also it’s like a pat on the back to say to yourself that you’re making the right decisions.” Michael does not use a stock bull because of the risk associated with relying on one particular bull. “If I had one stock bull and he didn’t work out to be a good one it would be a pity that the batch of heifers produced are not as good as I’d like. The amount of bulls that I’m using in the tank every year prevents this from happening”

Comparing himself to other farmers that aren’t milk recording that are getting 3c on average less than him per litre of milk, Michael identifies one thing that sets him apart; the breeding decisions he is making through Milk Recording. He values 500,000 litres at an extra €15,000. “He’s supplying the same amount of milk as I am. He’s doing the same amount of work as I’m doing. So therefore, the breeding decisions that I’m making, it’s making money for me by doing it.”

How to Get Started:

If you are interested in Milk Recording / Herd Health or require additional information on these services, call Munster Bovine today on 022 43228. 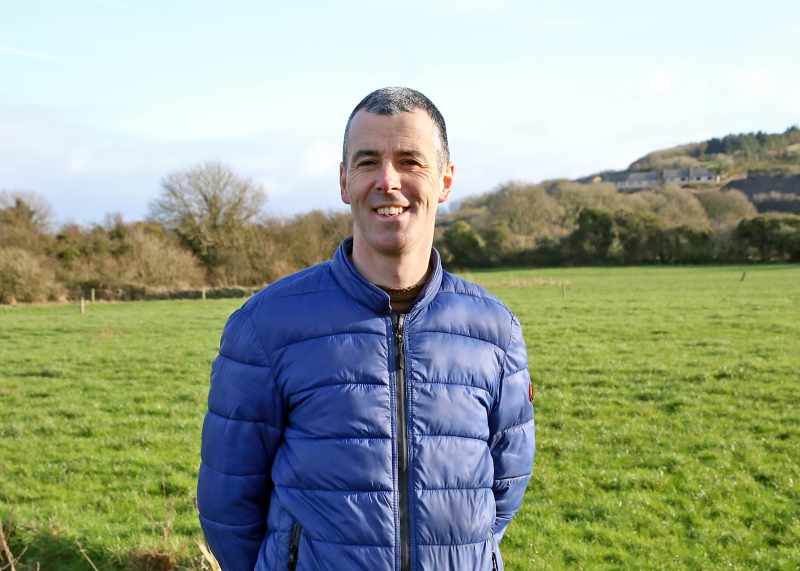 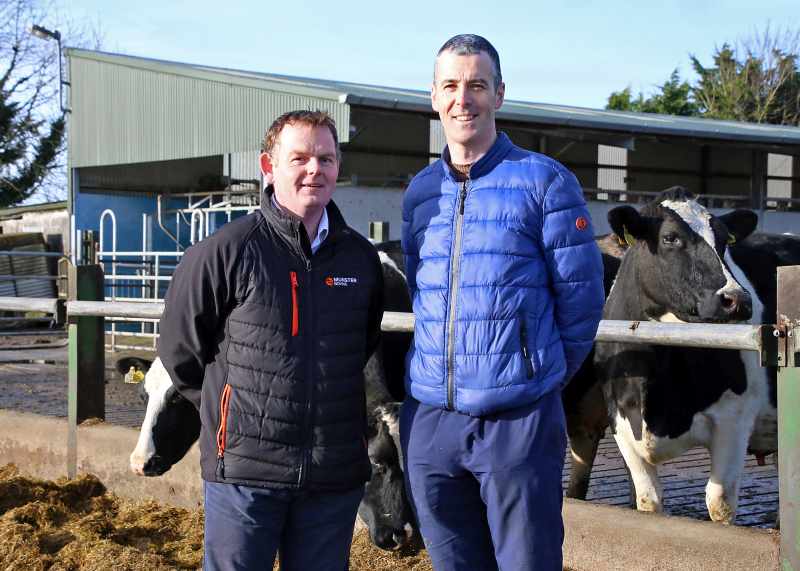 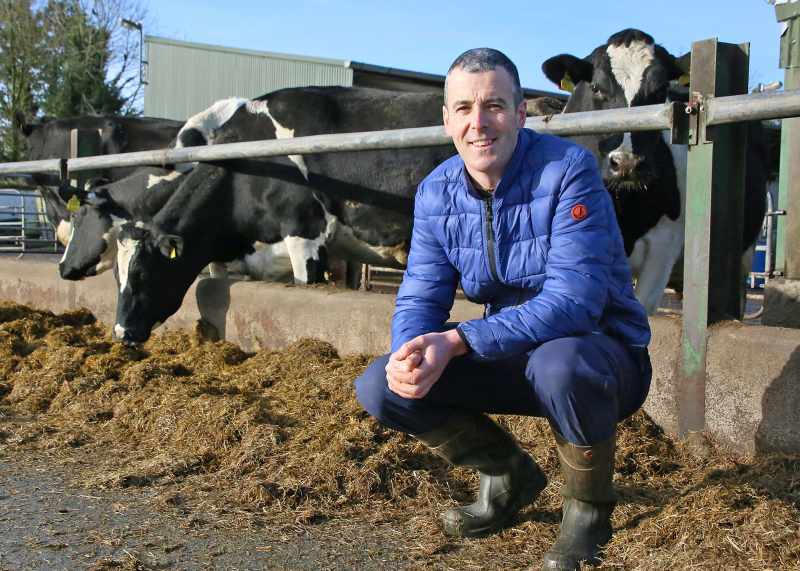