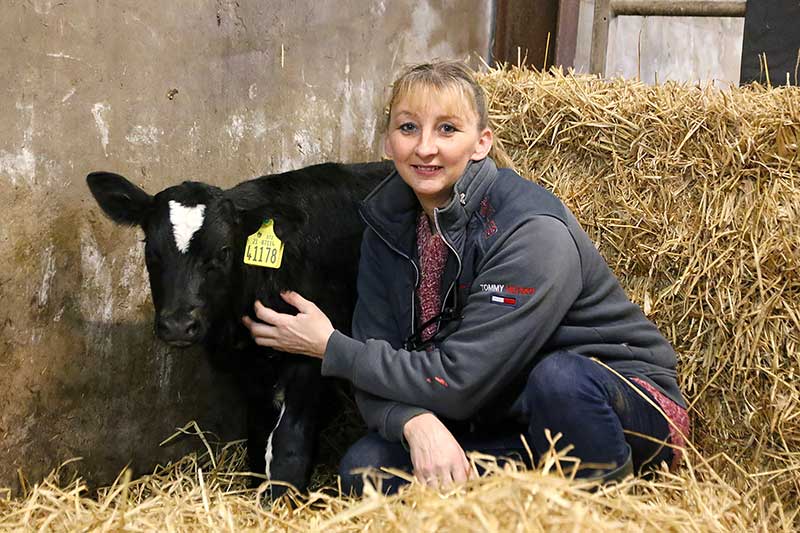 Visiting the dairy farm of a new entrant to the Munster Bovine Milk Recording and Herd Health programmes recently, we learned how Isabel McGill, Grenagh Co. Cork has undertaken a major career change over the past number of years. Formerly a pastry chef she took over the management of her Uncle’s farm (David Walsh) and has not looked back since. Not totally unfamiliar to the operation, she recalls spending many summers helping her Uncle out when she was young and always loved spending time on the farm.

We spoke to her about how Milk Recording and Herd Health have helped her with her management decisions and learned how critical they are to her operation going forward. Isabel started milk recording with Munster Bovine in 2017 and is delighted with the benefits the programme is bringing her. Through Milk Recording, Isabel was able to thin out a few of her poorer performing cows through culling. She admitted that if she had been doing it by eye, she would have only been guessing. There were a number of cows in her herd she was planning to cull, but after seeing the Milk Recording reports she was quite surprised with the results. Isabelle believes a key benefit of Milk Recording is that it stops a farmer keeping an animal that only looks good but isn’t actually making money. The Milk Recording report from Munster Bovine is critical for her when making both culling and breeding decisions. In addition she also relies heavily on her milk recording report to manage SCC in the herd. Earlier this year Isabel would have felt that certain cows didn't have mastitis because their milk was clear from the glove but when she got the results, it told a different story.

What are Isabel’s targets going forward?

Isabel’s key focus is to increase the milk quantity along with protein and milk solids. Milk Recording will play a crucial role for her in this regard. She felt that in the past that she was making decisions blind but at least now she has a guide in the form of Milk Recording. She is confident that this will enable her to improve her percentages for the future. Getting the breeding programme right, getting the cows in calf efficiently and getting the cows calved compactly are of priority for Isabel over the coming months and years. She is also very committed to managing the herds health  effectively in addition to maintaining a low cell count a challenge she believes each and every dairy farmer strives to achieve.

Isabel has been a member of the Munster Bovine Herd Health programme for a number of seasons. She has started to use the Herd Health report as a basis for her vaccination programme, because she now knows what to vaccinate for. The programme identified that her herd at one point was high in fluke, so she has since been dosing accordingly. In addition  a recent herd health report highlighted high levels of Leptospirosis, that she would have been unaware was an issue and is since vaccinating for this.. Leptospirosis is a bacterial infection that affects fertility in cattle. It can affect cows going in calf and is also a common cause of abortion in later pregnancy. It is also zoonotic meaning humans can pick it up, most commonly from urine of infected cows during milking. So vaccination is really important for animal health and profitability, but also for the health of everyone working on the farm. 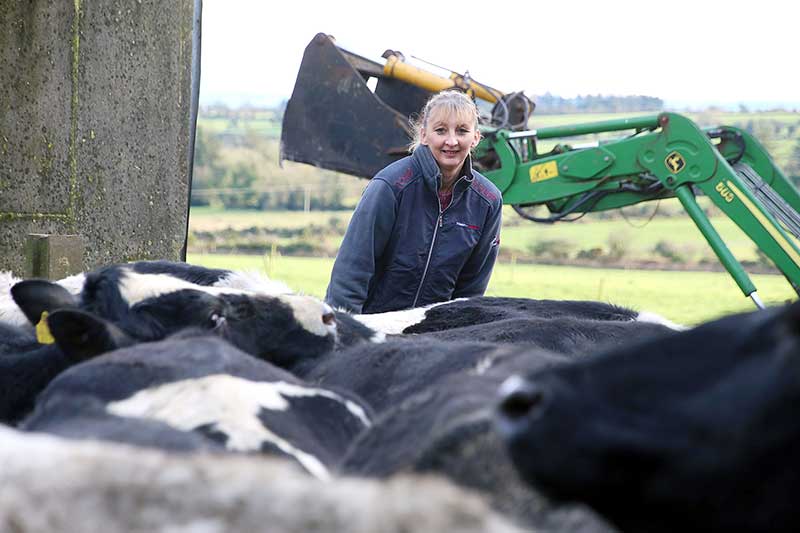 Isabel believes there is a major financial benefit from Milk Recording and sees this mainly when making culling decisions (not keeping the underperforming cows in the herd that aren’t paying their way). She is able to clearly identify her high cell count cows. She makes sure that she only keeps the animals who are proven to be good, not just the ones that look good. “I place huge importance on Milk Recording and Herd Health. It was like picking lottery numbers in the past. When I got the results back I was shocked by the fact that some of the cows I was considering to cull were better than others” Some cows that were strong and had good udders on them were thought to be her best, but they weren’t yielding as much as others from a protein and fat perspective. This has been of tremendous help to Isabel and she believes that Milk Recording even for a single season would be a big help to any farmer.

Isabel milk records four times per year through the Munster Bovine EDIY option.  She has the assistance of her daughter to complete the recordings and manages it quite well in that regard. 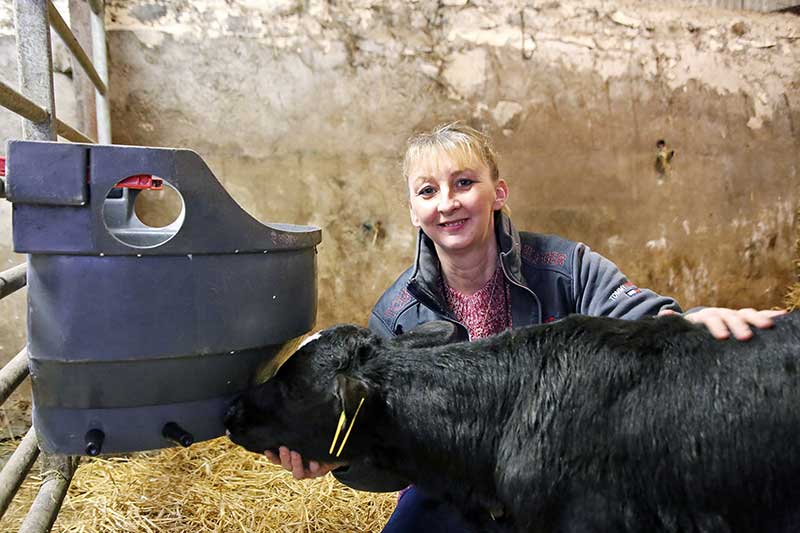 Isabel opted for the coloured Milk Recording reports option with Munster Bovine, which uses a traffic lights system. The coloured reports help when making management decisions with the information presented in a much easier format to understand and follow. The best performers  / most profitable are grouped presented in green, the low performers / lowest profitability cows are highlighted in red and the rest fall into the average performance  / profitable category and are highlighted in orange. Isabel finds these coloured reports of huge benefit. Originally, she had black and white reports but the new reports make the data much easier to interpret resulting in actions being taken.

Isabel believes a farmer simply cannot judge his cows cell count unless they actually carry out Milk Recording. She compares it to picking the lottery numbers. “If you had a herd of one hundred cows and you had to pick the top ten, you couldn’t. No farmer can do this regardless of  how much knowledge or experience they have, you couldn’t.” Isabel was truly shocked when her Milk Recording report came back. “It knocked me for six when I saw the results, there was cows there that I said probably should go, and it was totally the opposite. You’d think by looking at a cow you know her, but you just don’t.”

How to get started: